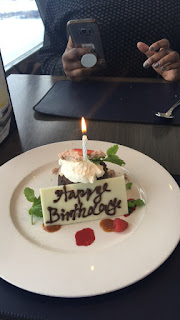 On April 10th I celebrated my 27th birthday. I spent the weekend(and some of the week) before of my birthday in Toronto, Ontario, Canada with my BFF4L, my mommy! You guys have seen my mom here on my blog before, she's my fav travel buddy.

I was excited to go to Toronto because its the most popular place in Canada, at least to most Americans. We can thank Drake for that haha. But it seemed like such a beautiful city and I really wanted to go check it out for myself.

My mom is the sweetest, she took care of everything. She had us in this super fancy hotel called the Park Hyatt Toronto the first night. we would've stayed there the whole stay but they were booked. I would highly recommend this hotel. 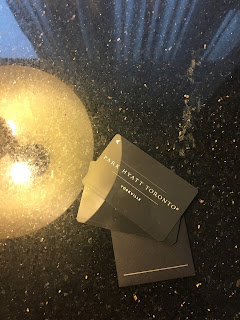 The location was good and very clean, it was a little far from downtown BUT it was on the "richer" side of town. As you can see from my picture below they had allll the high end stores across the street from the hotel. Also there was the fancy Royal Ontario Museum(ROM) across the street as well. It was a very quiet part of town. There were lots of people because of the shopping and the museum but it didn't interfere with a good night's sleep. 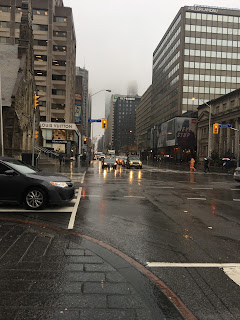 We walked around and window shopped at the high end stores and we ate a little diner, for some reason I didn't take any pictures of it but I think it was called Flo's Diner. After that we called it an evening because honestly y'all it was FREEZING. And we left upper 70s weather to go to lower 40s weather. It was a mess, but that fancy hotel room made up for it!

Thursday we went to the ROM and we were able to see all the things that Ontario was proud to show off. It was very similar to your Smithsonian museum full of world history. It was cold and rainy so I had no problem spending  most of the late morning/early afternoon indoors. 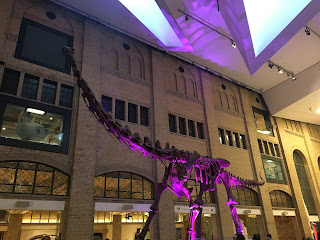 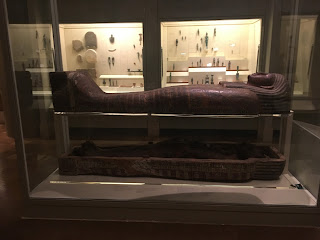 After the museum we made our way to our new hotel the Hyatt Regency Toronto. This hotel wasn't as spacious as the first hotel, it was more modern and had a boutique feel. It was downtown and much closer to all the things we wanted to do. It was walking distance to the CN Tower and other attractions. That night we went to a pizza restaurant across the street from our hotel for dinner. We opted to stay inside that night because it was freezing, so we had a quiet evening in a fancy hotel, I wouldn't have traded that for the world.

We planned to get up early Friday morning and go to the CN Tower & Ripley's Aquarium as soon as they opened. We woke up to snow flurries! Yes, snow in April. We weren't prepared for the snow so we decided to stay inside until it stopped snowing. 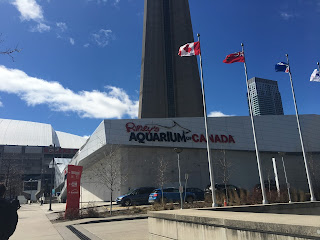 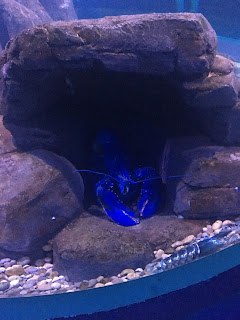 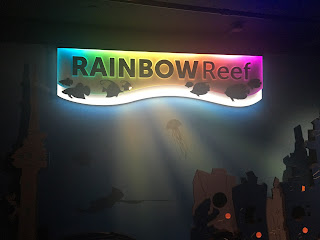 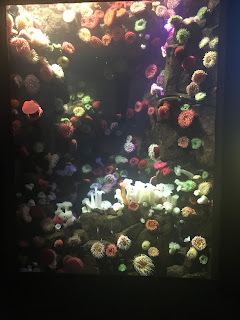 After the snow cleared up we hit the town running. We went to Ripley's Aquarium and spent a few hours walking around the aquarium and learning about the different species that live under the sea. I really did learn a lot, you should definitely visit your nearest aquarium if you want to learn more about marine life.

We went to Toronto Eaton Centre which i s a huge mall downtown on Yonge & Dundas. They had every store you can think of and even some stores I've never heard of before. We didn't do much shopping but we saw a lot of nice things. My mom did end up buying some things from Nordstrom but nothing too major. We spent the rest of the night there and ended up eating at Hard Rock Cafe. 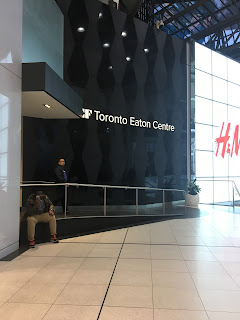 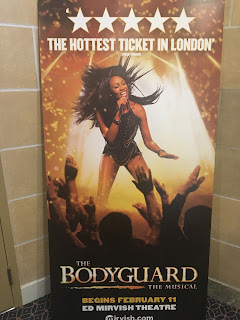 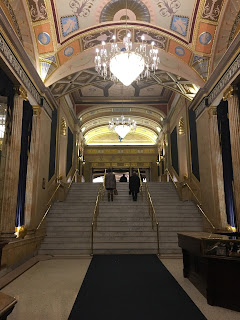 The Bodyguard was amazing! Its a British musical that they brought over to Toronto. I really hope and pray they bring it to America. I would definitely go see it again. I couldn't take videos or pictures while the play was going on but I do have some pictures of the theater(theatre is how they spell it in Canada), which was also very nice. 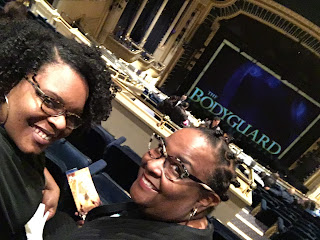 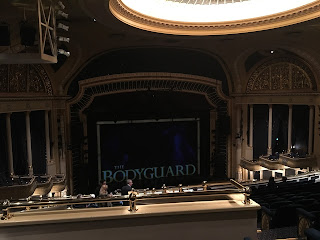 The musical was over around 11pm, if my memory serves me right, so we went back to the hotel and called it a night. We learned a lot about Canadian health care, college fees and things like that from our taxi driver. It so interesting how different things are in Canada and in the US.

Sunday morning we finally made our way to the CN Tower. It was worth the wait.It takes 58 seconds to get to the top of the tower via elevator. We got to the top and looked around. We were able to see the whole city from up there. I really do like a good skyline picture, so this was amazing to see. It reminded me a lot of the Sky Deck in Chicago and I hope I can go to many more places like it. 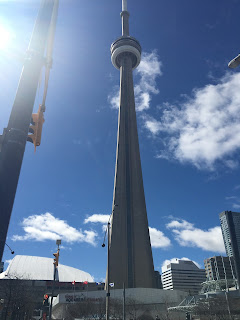 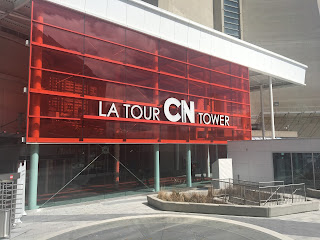 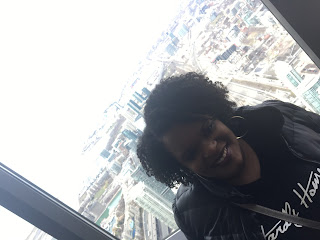 We also had a birthday lunch/dinner at the 360 Restaurant at the CN Tower. I didn't know what to expect and we didn't have a reservation but we were lucky enough to get a table.We sat down and I realized then that the floor was moving. I thought the view from the floor below was amazing, but the view while spinning around and eating some good food was everything. Hands down, best birthday dinner ever! And now that I am looking back on it, best birthday ever. 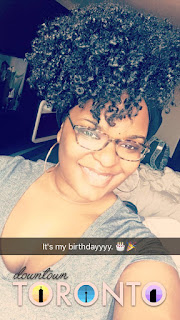 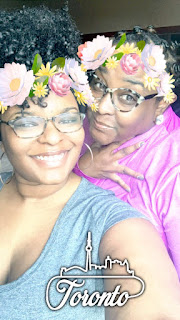 This is my second birthday trip I've ever taken, the first one was when I was 10 years old, and this will definitely go down in the books as a great experience. During I was a little sad about the weather but I am most definitely happy that I was able to spend this time with my mom in another country. My love for travel has really inspired me to try new things and I am so happy that I stepped out on a ledge and traveled to Toronto.

I have some more pictures that I will probably put in another post, I don't want to overwhelm y'all. I will cover food in my next post. I hope you all enjoyed this and I will see you next time.

at June 06, 2017
Email ThisBlogThis!Share to TwitterShare to FacebookShare to Pinterest