Just last month I traveled to Miami for a girls weekend with my college roommates. We decided to go to Miami because none of us had ever been and it was all on our "to-do" lists. I personally have been trying to get to Miami for the past 3 years and after a while I had given up on that dream because every time I would try to plan a trip, people would fall through and not be able to make it. Fortunately, my friends decided to come through this summer and we made it happen! 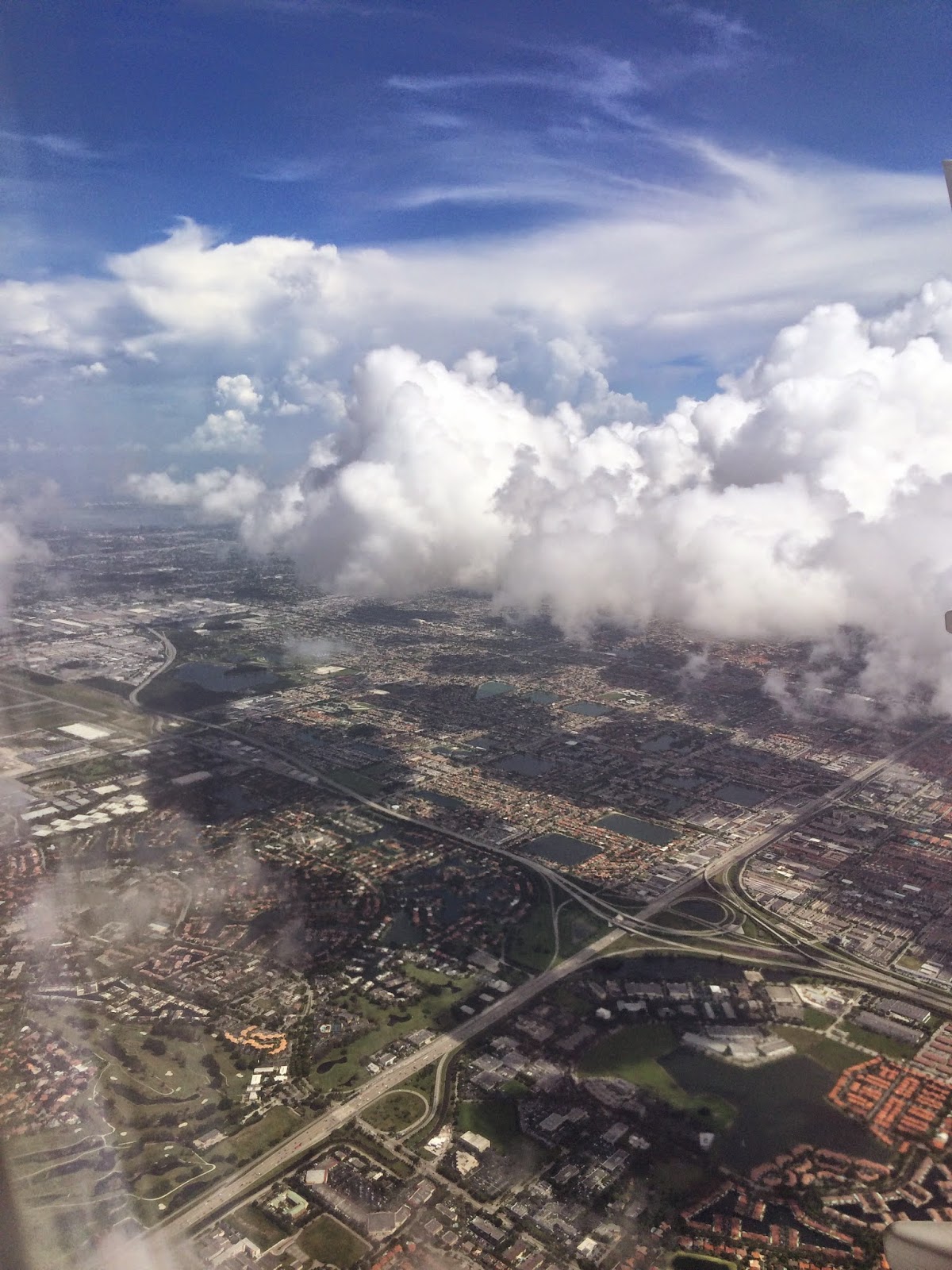 We stayed in Miami for a weekend, arrived on a Thursday afternoon and left on a Sunday morning. In my opinion our stay wasn't long enough. I could have used two to three more days on the beach. 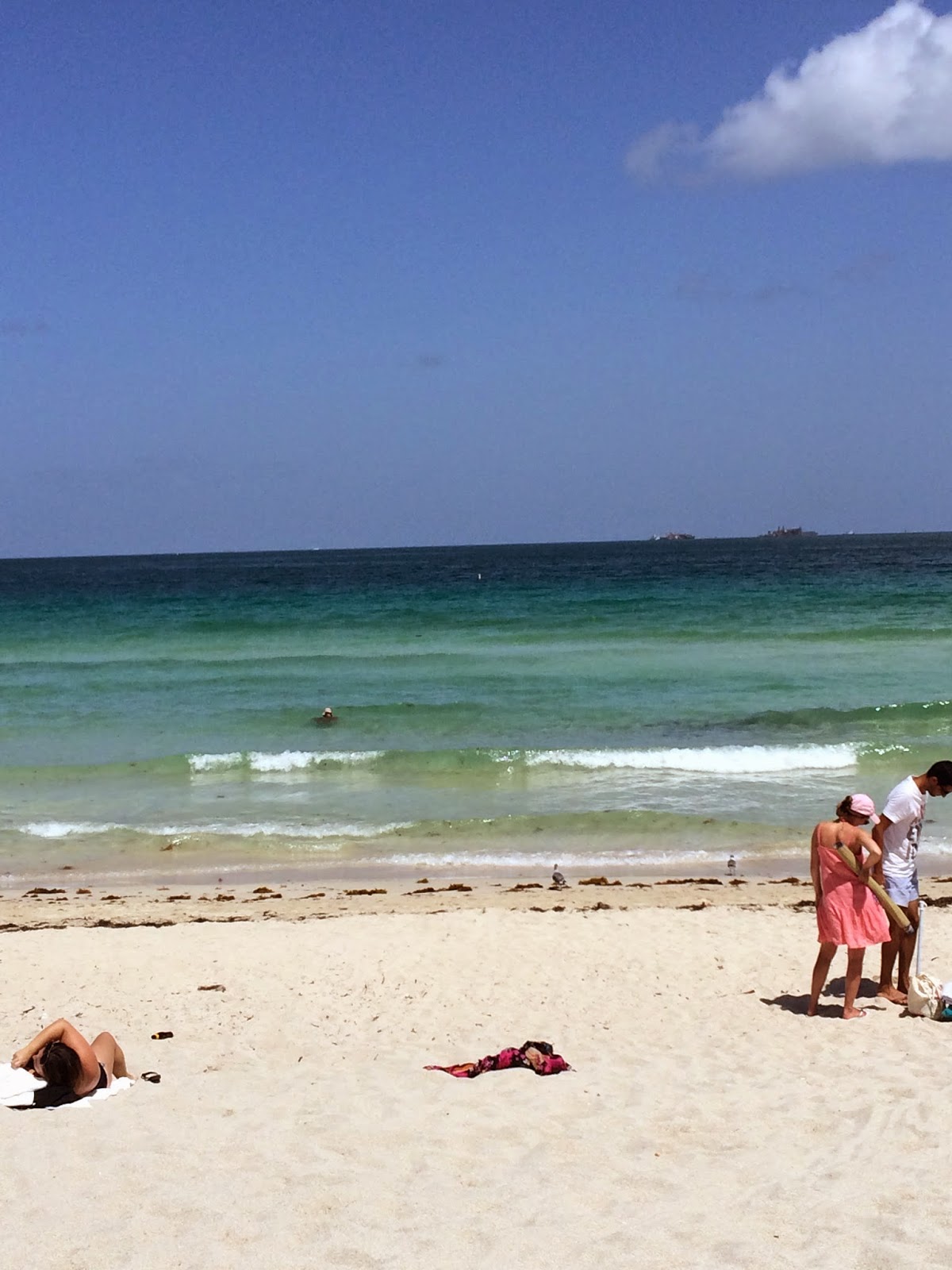 The beach is one of my favorite places to be so I was in heaven. Honestly, this trip was not as eventful as my Vegas trip because we spent so much time at the beach. But it was just as much fun for my friends and I. The friends that accompanied me on this trip were Anita, Jazmine and Natashia. 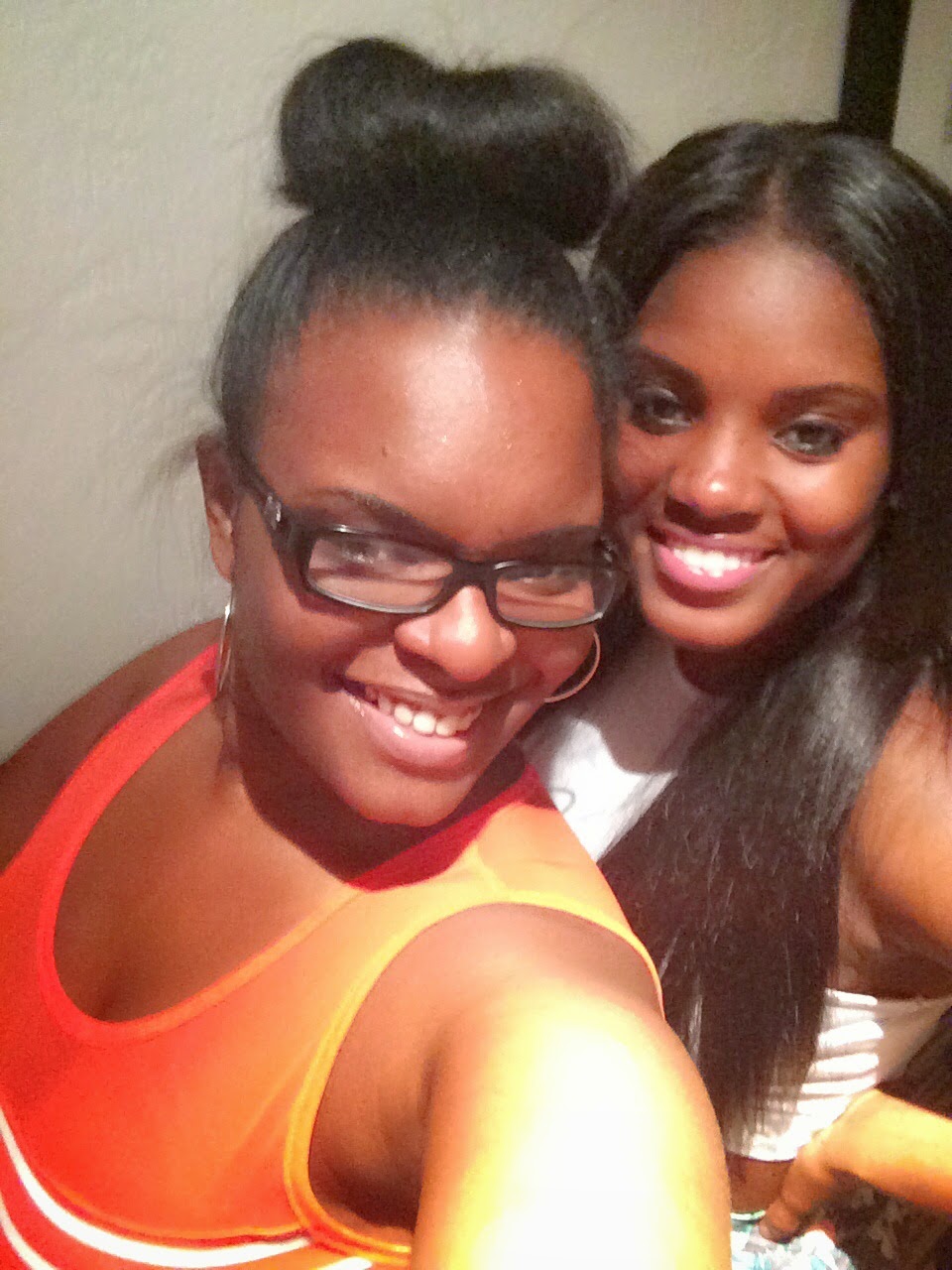 This is Anita, you guys have already seen Natashia and Jazmine from my Vegas posts. The four of us shared an apartment at Towson University. Going on this trip was so much fun for us and it brought back so many memories of our times in undergrad.

We stayed at the Essex House Hotel on Collins Ave. I didn't get any pictures of the hotel, sorry guys, but here's the website so you can check it out. Essex House Hotel. The picture on the site of the lobby is exactly how the lobby looks. It's so swanky and modern. However, the hotel is SMALL. It only has 3 floors and there's a small elevator that fits a MAX of 3 people. Our room was on the second floor so the only time we took the elevator was when we arrived and when we left, since we had our bags with us. The room and bathroom was also small. Not enough space for 4 girls. So I wouldn't recommend staying at this hotel if there are 4 people to one room.

The hotel has a restaurant called Zen Sai and after we dropped our bags off in the room the concierge let us know that they were having a happy hour special for hotel guests. A complimentary glass of red or white wine and spicy tuna sushi. The sushi was good and I'm not a wine drinker so I only took a few sips of the red wine. 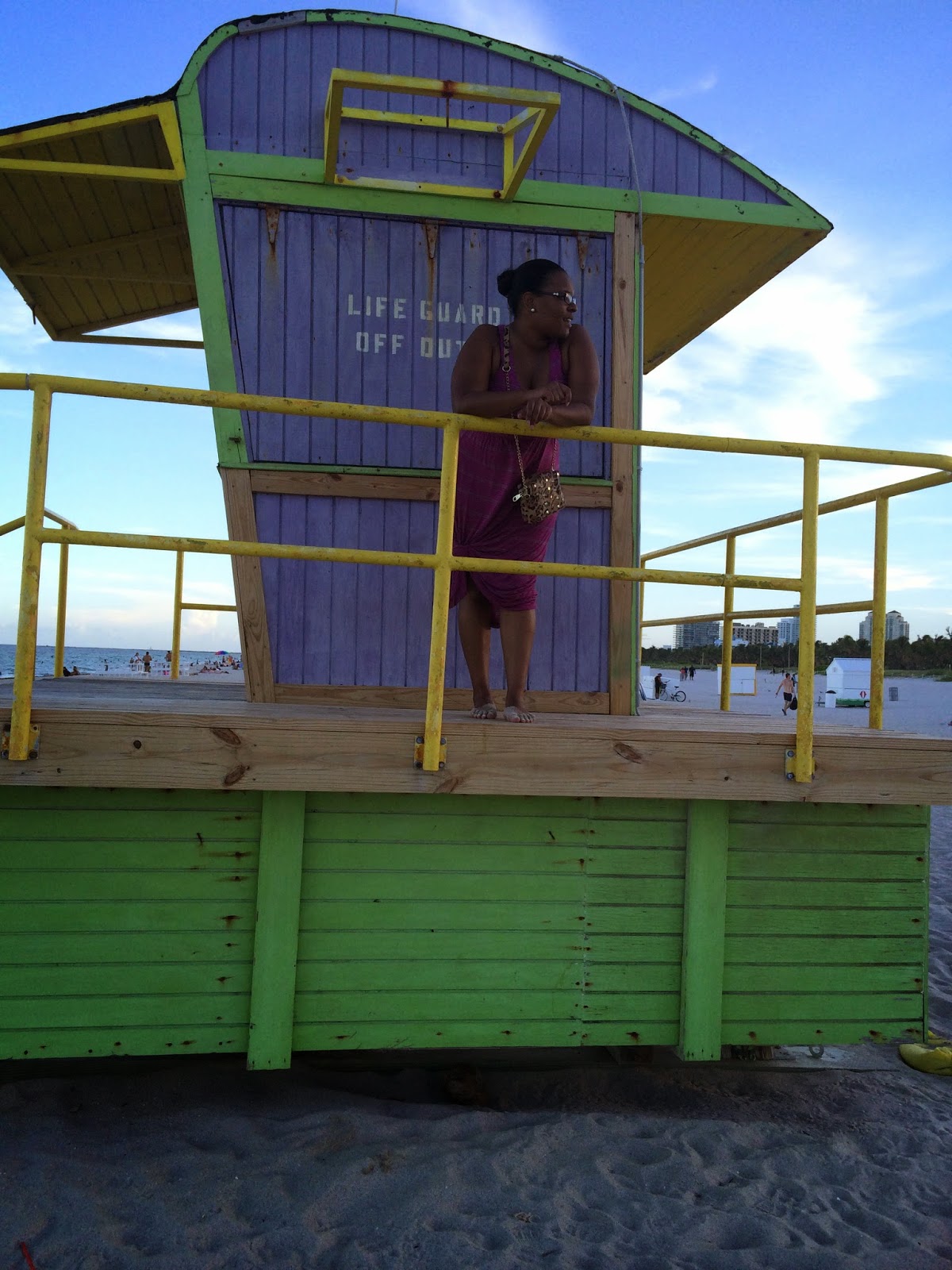 After the free wine and sushi we stopped at the beach. We didn't stay long because the sun was starting to set. We put our feet in the water and snapped a few pics and then we went to explore Ocean Drive. After walking around and grabbing some food we went back to the room to change clothes and get ready for the night. We decided to go Mango's Tropical Cafe. Mango's is a restaurant on Ocean Drive that transforms into a nightclub. It was a nice environment but the music style wasn't our favorite. The DJ plays different styles of Latin music and we don't speak Spanish so we had no idea what we were listening to. Lol. But we found out that there was a room upstairs that played Hip Hop music. Once we went up there we had a great time. We partied there until 4am. Also, the bar offers fancy non-alcoholic drinks for those that don't drink. 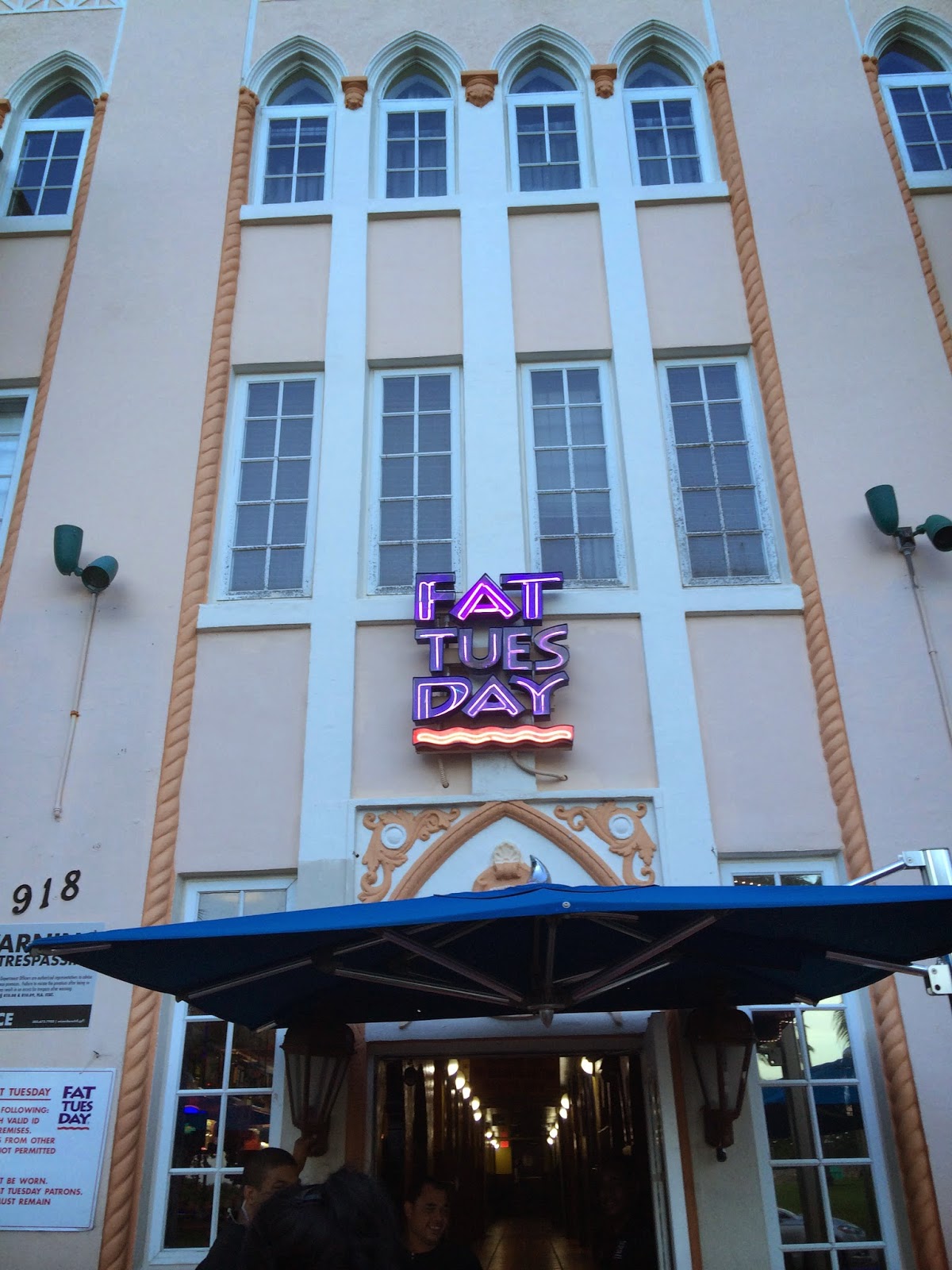 Friday we went to the beach, this time for a few hours of fun, sun, sand and blue waters. After being on the beach for a few hours we decided to go the the famous Fat Tuesday. This establishment was very different from the ones in Vegas. This Fat Tuesday was a restaurant and at night it turned into a club. The ones in Vegas were just a counter tops and the drinks, you ordered them and then you left. I loved the environment of this one. The only downside is that if you have a cup from Vegas, it costs extra to fill it up. You are better off buying a brand new cup and refilling that. 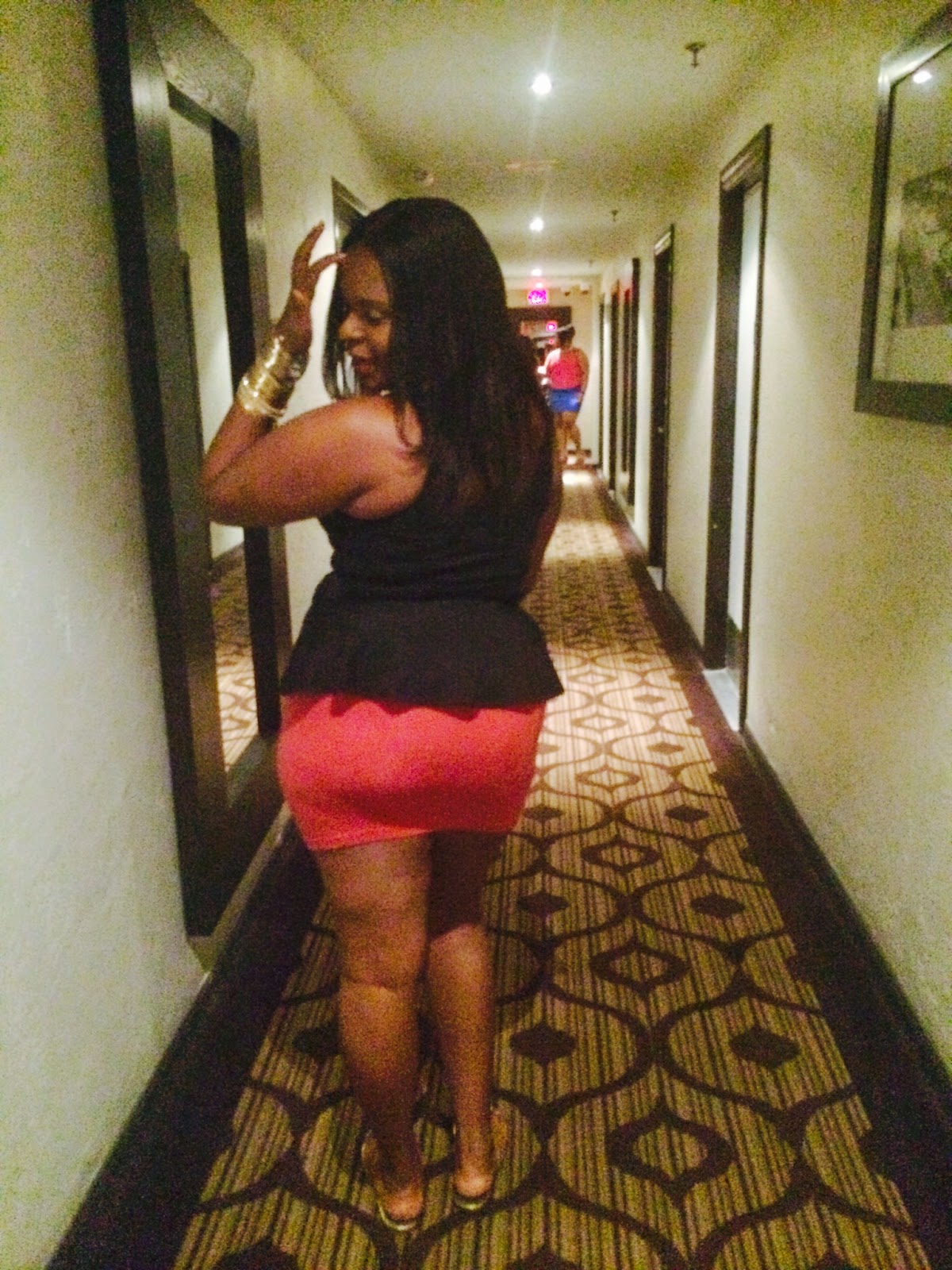 That night we wanted to go to a club but also be comfortable, so we decided to wear flats. Bad idea! Lol. We intended on going to Cameo on Washington Ave. We walked there, it was only a few blocks up from our hotel, and once we got there a bouncer told us that we had to be wearing heels in order to get in. We were a little bummed but we didn't want to go back to the room to get heels so we went back to Mango's because we had so much fun the night before. 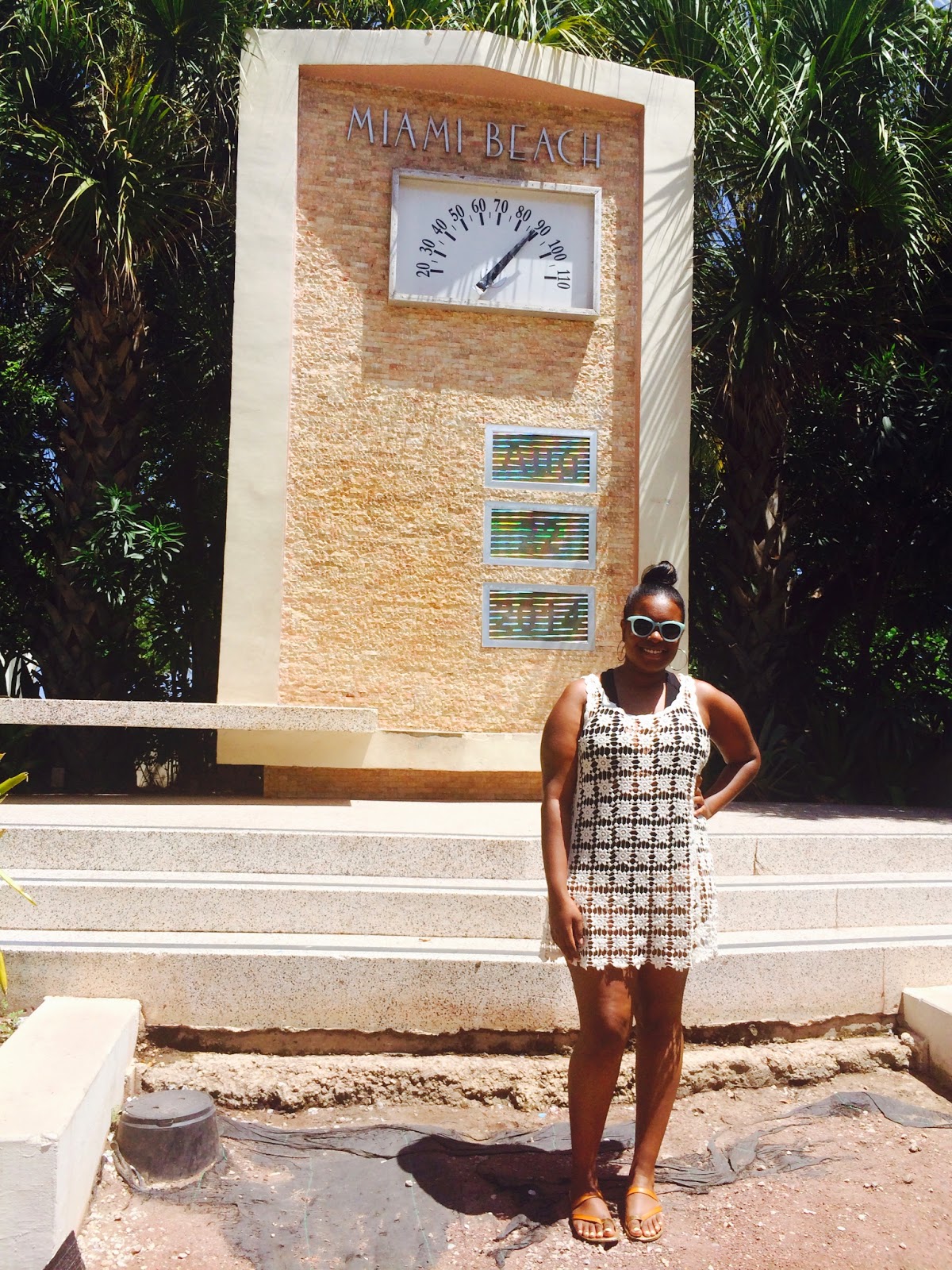 Saturday was another beach day for us. We walked all the way down to 1 Ocean Drive and went to the beach there. On our walk down we stopped at Wet Willie's and grabbed a drink. As I mentioned, the beach is one of my favorite places, so I really enjoyed spending Friday and Saturday afternoon on the beach with my girls. 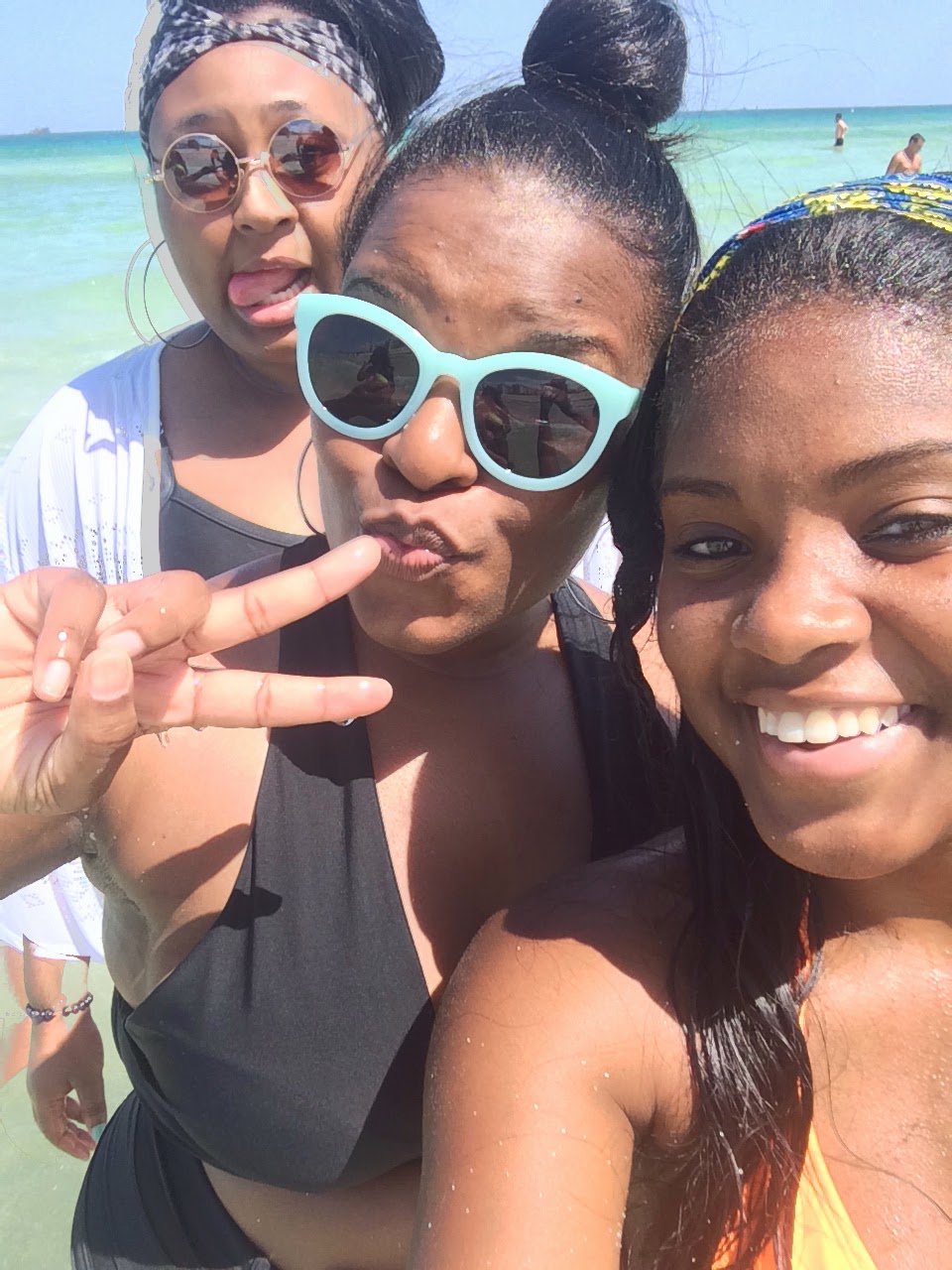 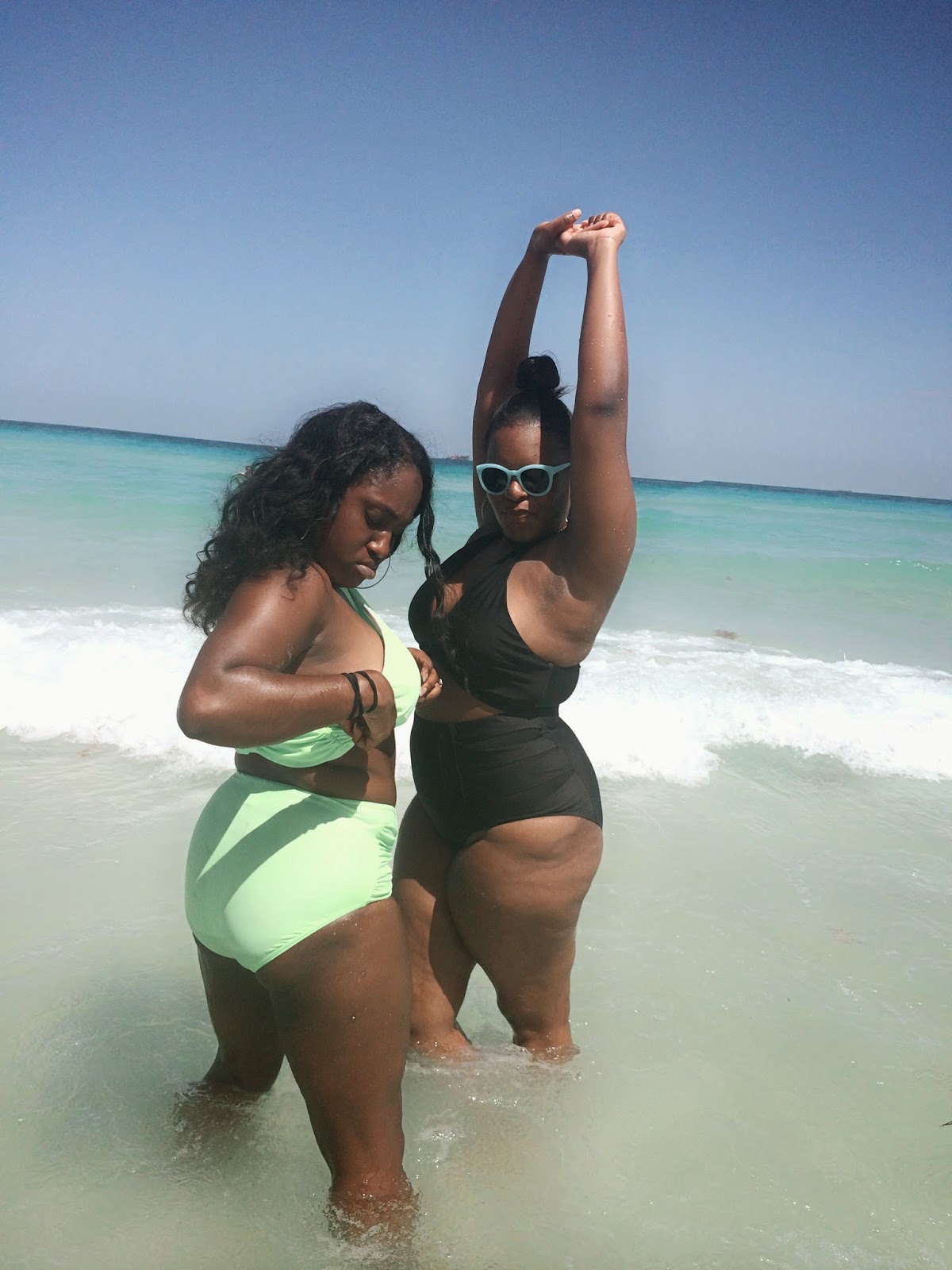 Our eating habits were really bad on this trip. We didn't eat as much as we should have and that's why I haven't covered any food other than the restaurant at the hotel. But all the places on Ocean Drive looked so appealing. I don't think you can go wrong eating anywhere. Just be careful of the prices and make sure to ask for a price if you don't see one. I ordered a cranberry juice at breakfast and I was surprised to see when I got my bill that it was $8.00. One really good place we ate was The Clevelander. It is the sister hotel of Essex House and it also turns into a nightclub at night. Which we had free entrance to since we were guests at Essex House. All we had to do was show our room key! 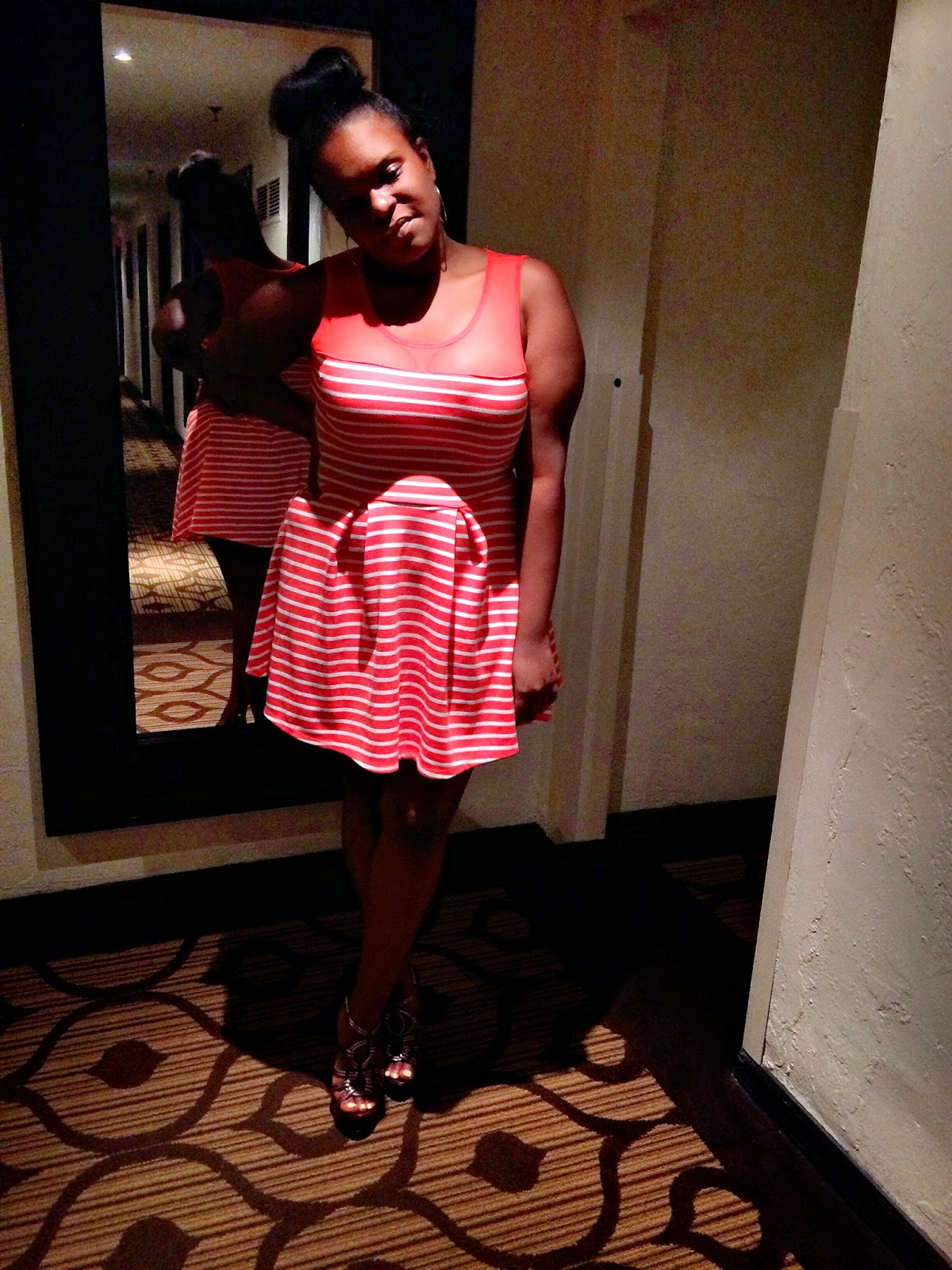 Saturday night we planned on going to Mansion. We met up with some friends that were locals and they explained to us that the club is a toss up and if you don't know anyone there, or if you aren't dressed appropriately, it wasn't guaranteed that you would get in. We all had on heels and looked cute but we didn't want to waste our time standing in a long line and getting turned away so we decided to go to Fat Tuesday. We got there and that line was crazy long so we went back The Clevelander (mentioned above) for a little and then, you guessed it, back to Mango's. So it's safe to say that Mango's was our favorite spot lol. We stayed out at Mango's until they closed at 5am. We had to be at the airport by 7 so it was pretty crazy of us to stay out that late but we were having so much fun.

That pretty much raps up my trip. I know it's not much but that's because we spent so much time being beach bums that we didn't do much else. This was a very relaxing vacation for us and I don't regret not going to the hottest of clubs and being on the party scene. The only thing I do regret is listening to my friends when they said, "No, that's not the Versace Mansion." It totally WAS the Versace Mansion and I didn't get to take a picture! But I'll share some pictures from our trip and I hope this will inspire someone to go to Miami and be a beach bum. 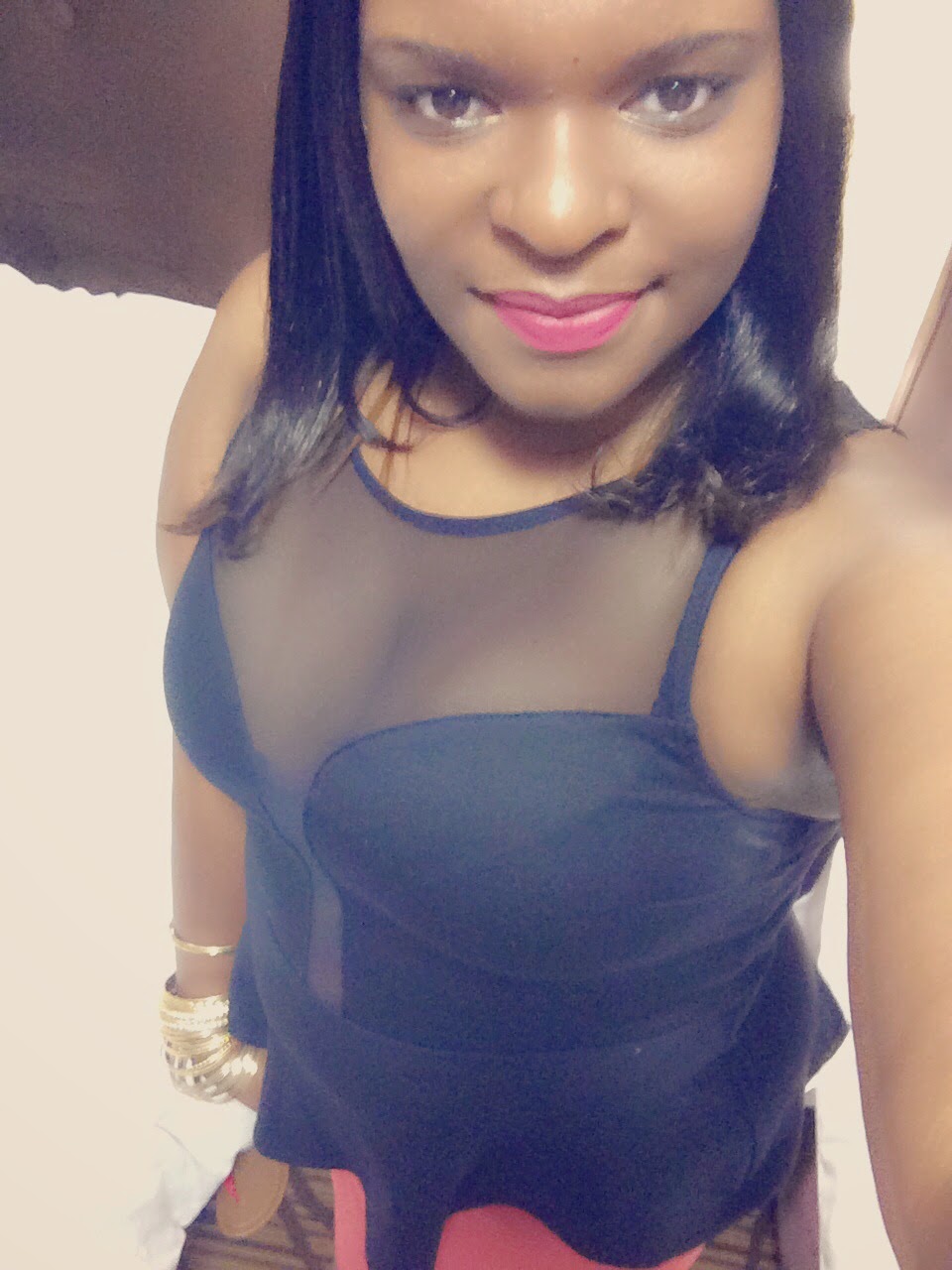 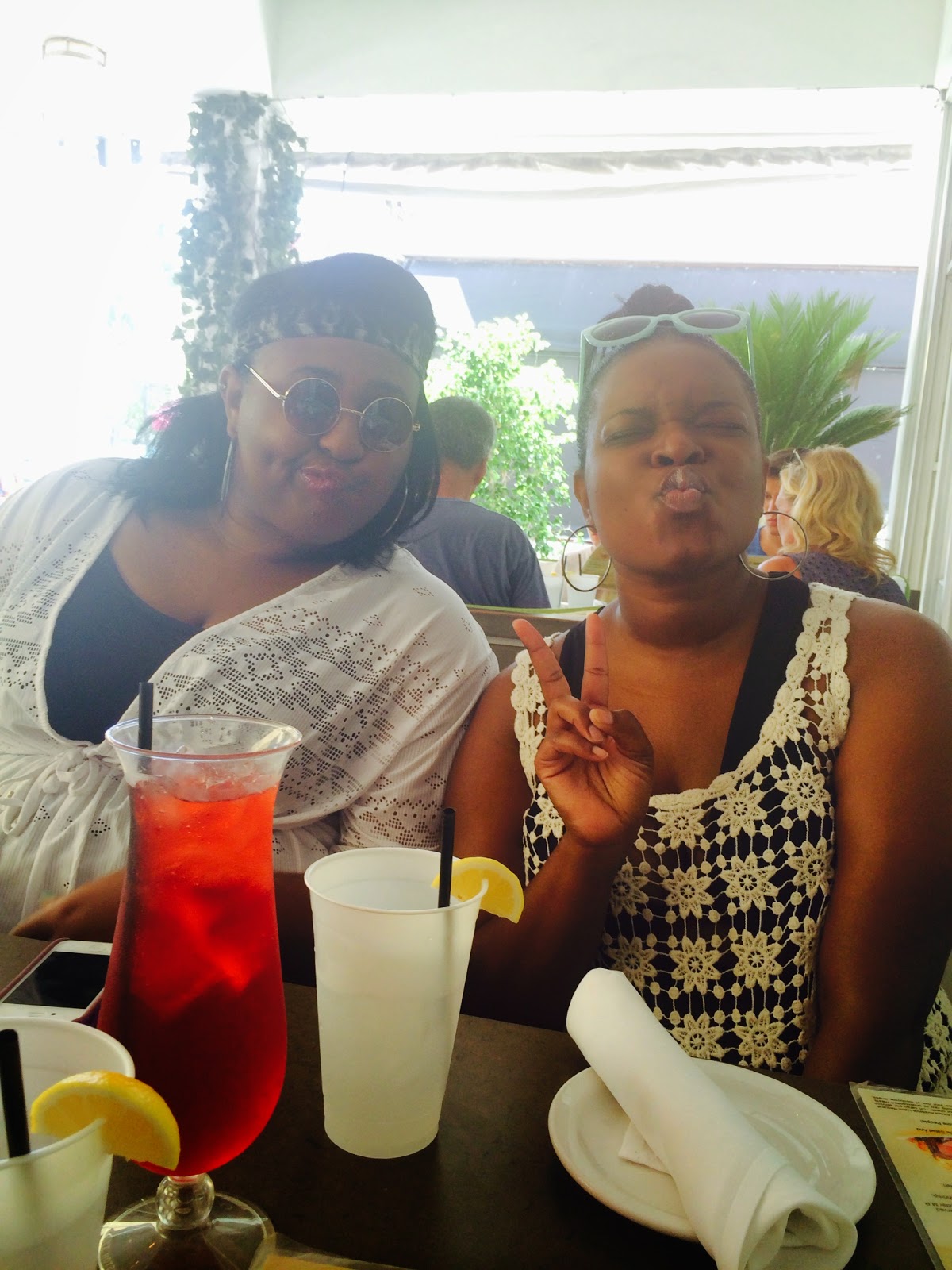 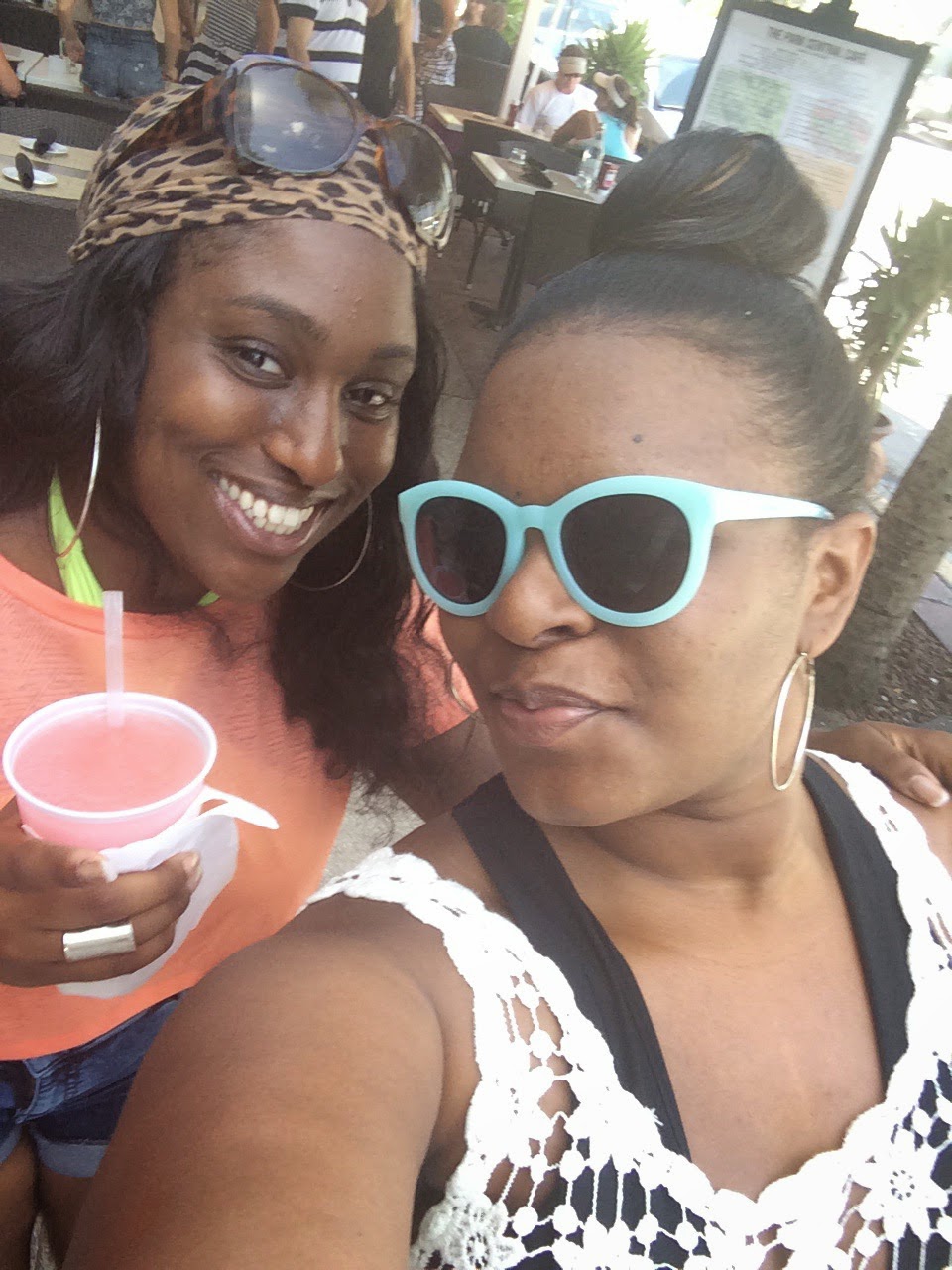 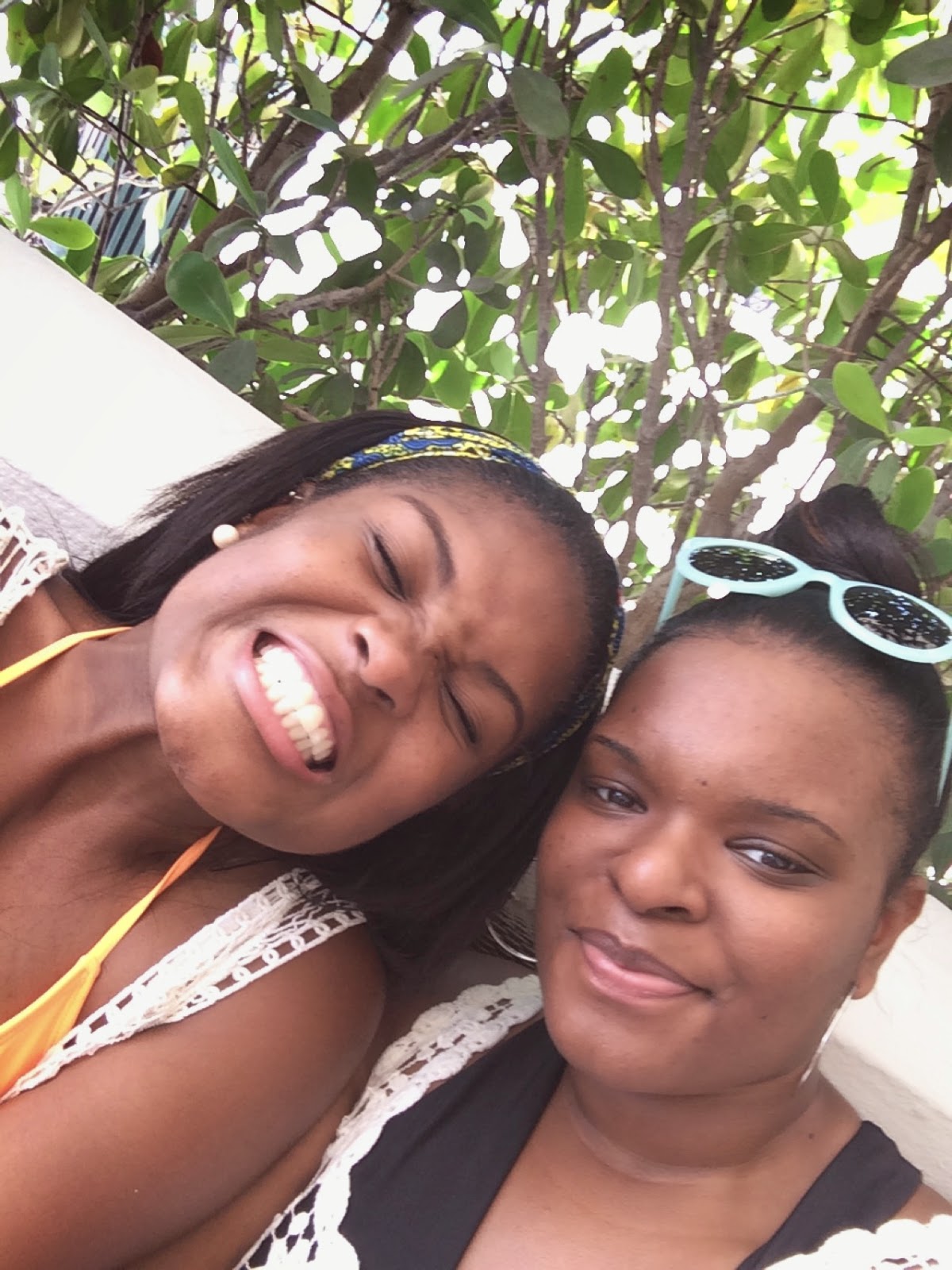 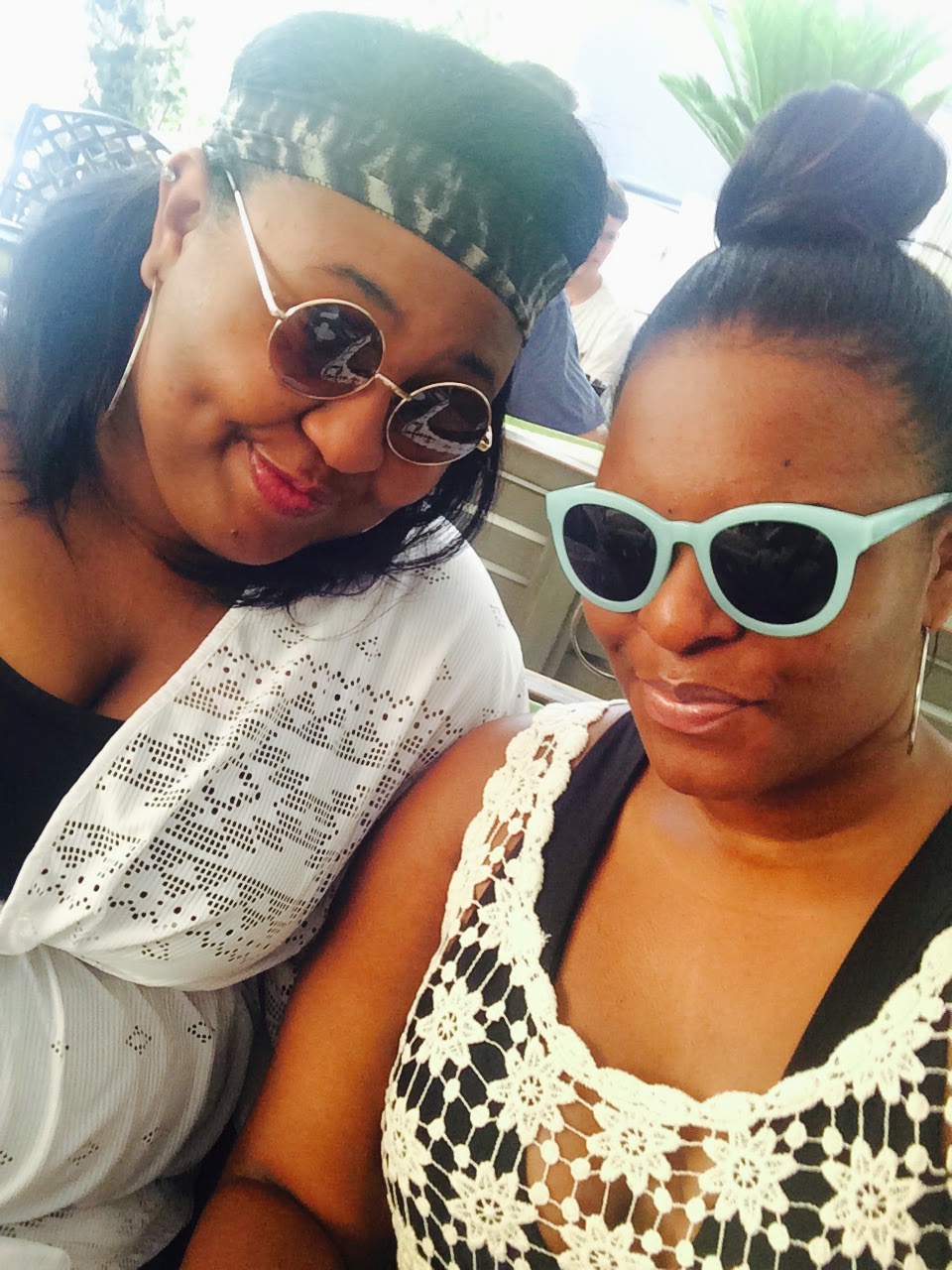 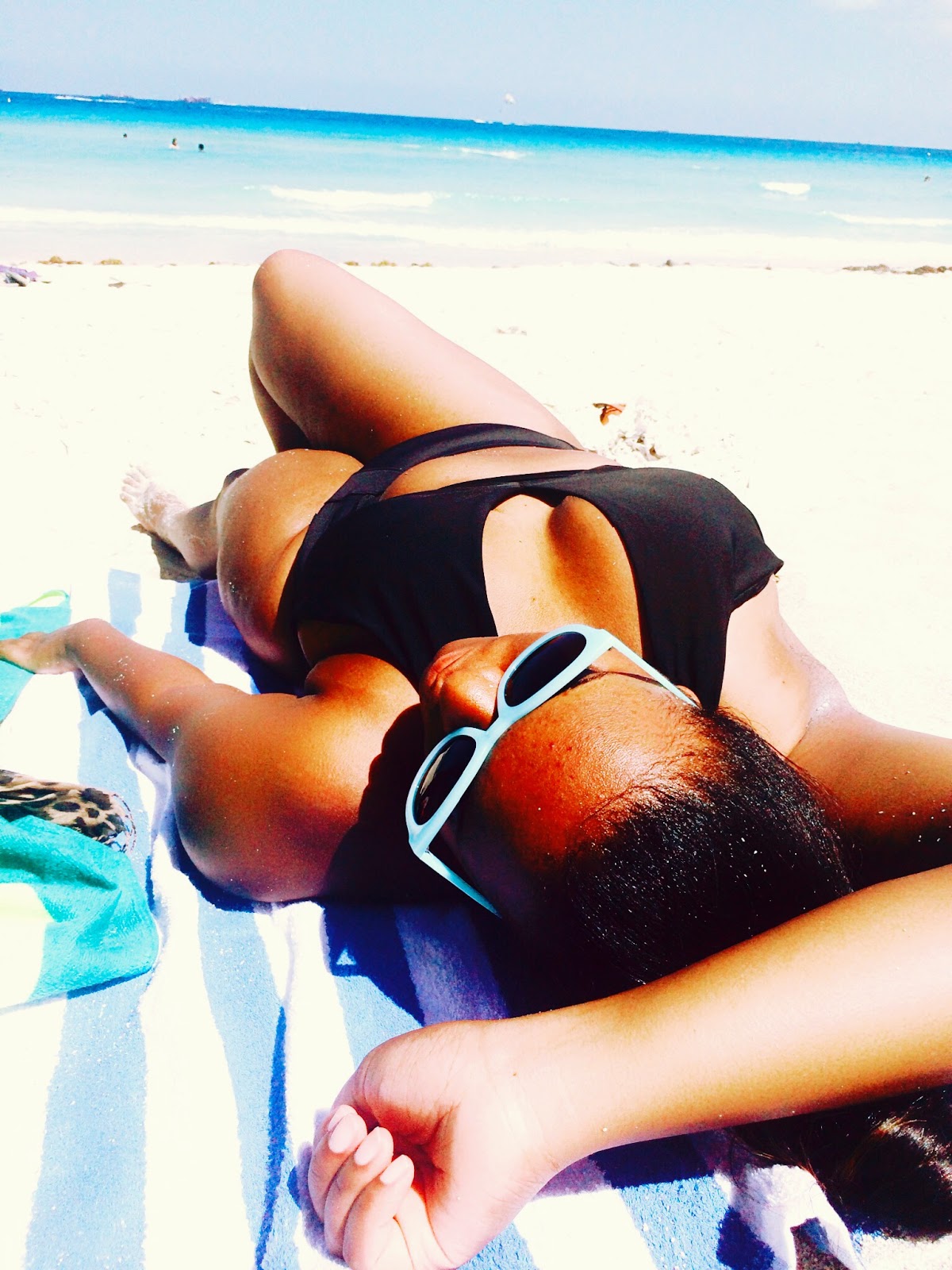 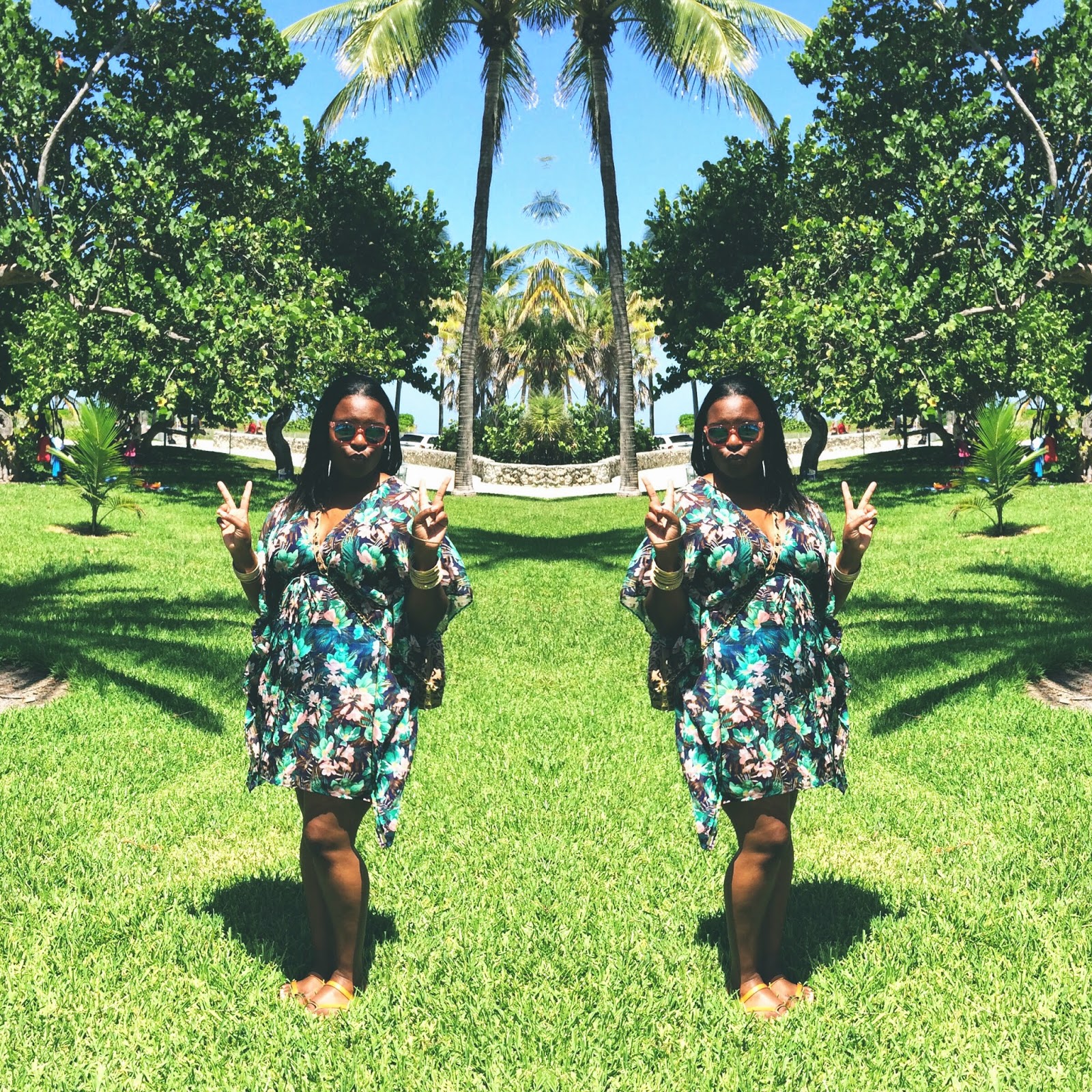 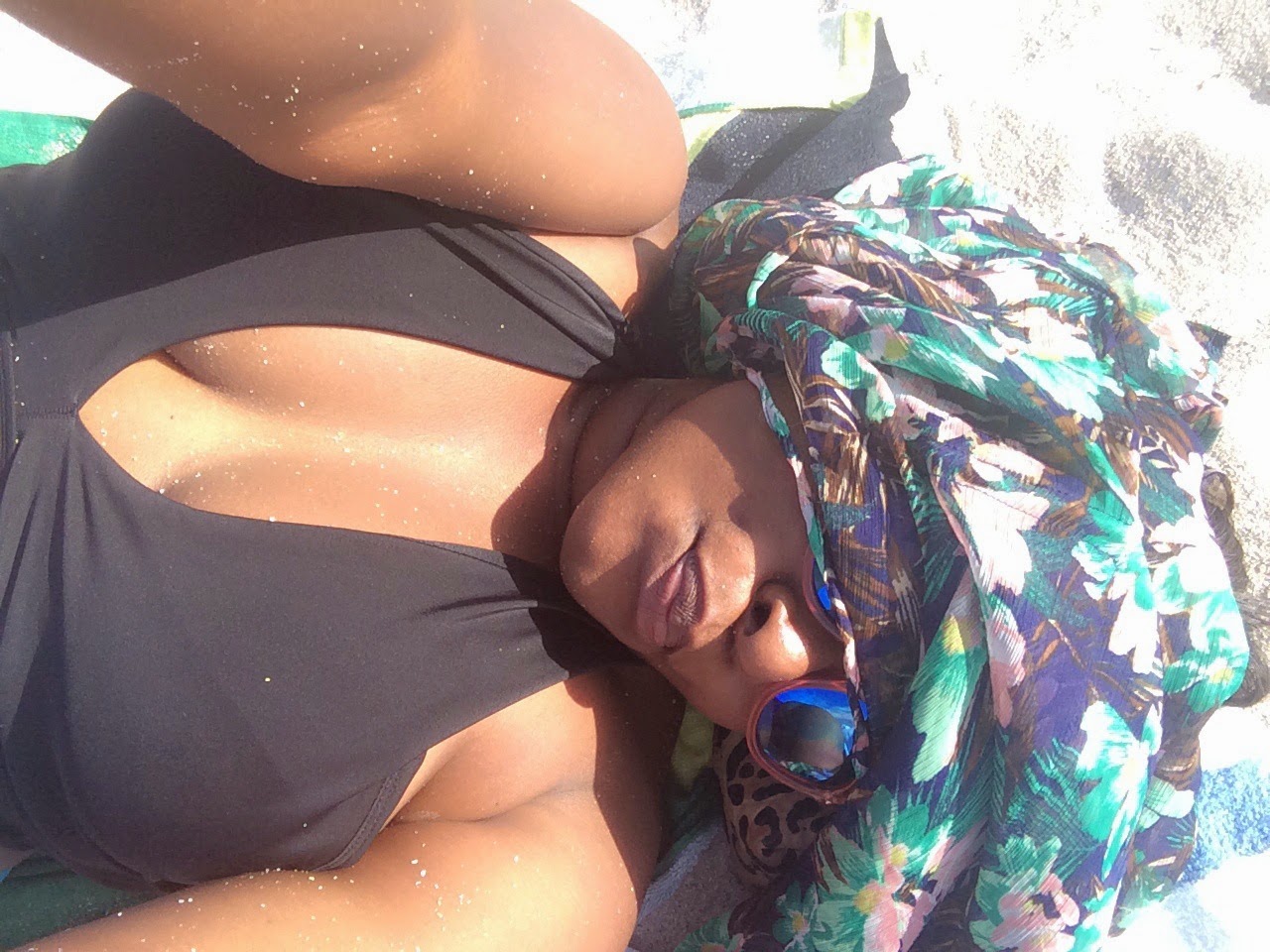 I got back word that my Vegas posts inspired someone to go to Vegas. I was so happy to hear that! If any of my posts inspire you to go to that place, PLEASE SHARE. That's part of the reason I do this to inspire others to travel. Again, hope you all enjoy this post and see you next time.


at September 18, 2014
Email ThisBlogThis!Share to TwitterShare to FacebookShare to Pinterest

Hahaha so I also ate the Hash House a Gogo in Vegas (contemplating writing a review for it) AND ate in Zen Sai too a couple years back when I was in Miami. Great minds think alike eh!? Lol.
I can't believe they don't allow girls in without heels. I mean I do believe it, cuz Miami clubs are so discriminatory and materialistic, but sheesh. I've had fun partying in many of the South Beach clubs, but not Fat Tuesdays yet! Sounds like so much fun without the club hassle. Next time!

OMG, we're totally twins when it comes to our eating choices! Ha. Ugh yeah, we weren't even shocked because they are discriminatory. OMG, yes you have to go to Fat Tuesday! A great Hip Hop club at night and you can wear whatever you want! :)

Flawless in your black top you look so pretty! $8 cranberry well at least its good for you. I will have to try your sushi place and Mangos that sound like a lot of fun and being a beach bum :)

Aww thanks again Joi. Yes all the places I ate were good. You would love Mangos! You have to try it.